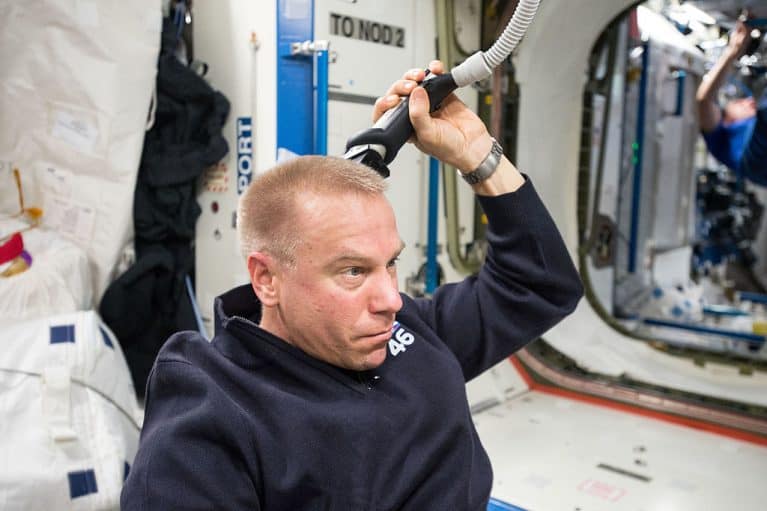 The idea of personal grooming, especially hairstyling, has no longer been exclusive to women, or something that makes men “less of a man.”

Being well-groomed does not necessarily mean an extra attempt to attract potential significant others. It also shows the respect one has to oneself, which probably results in having more chances in social interactions, especially in professional circumstances.

Hair Clipper Vs Trimmer – This seems to be a conundrum for quite a while. The market has been filled with a myriad of electric personal grooming devices. And the advent of technology has now made the tools more multi-functional than ever, thus making it hard to draw a line between a hair clipper and trimmer.

However, it’s still important to know the difference between the two so that you can choose the perfect fit for your intention of use. Time to stop sitting on the fence trying to solve the puzzle called “beard trimmer vs hair clipper.” This comprehensive guide will show you the difference between clippers and trimmers.

Hair Clipper Vs Trimmer – The Origin

Before The Invention Of Electric Hair Clippers

The very first manual hair clipper was invented by Nicola Bizumic – a Siberian barber. But not until the late 19th century did this grooming device gain the popularity it deserved. It was most used by school-going children and military people.

Hair clippers were common in Greece as well because children at that time were required to shave their heads. Surprisingly, the fame even reached to American households for decades. These manual hair clippers had blades that can move back and forth, side to side, which enabled them to smoothly cut the hairs. Thanks to their supreme convenience, these handy clippers were adopted in no time.

In the early 1900s, Leo Wahl created a foot massager run by an electromagnetic motor for his war veteran uncle – Frank Wahl. Soon realized the potential of this machine in the salon industry, Frank Wahl started to create the first-ever known electric razor. This razor replaces the manual oscillation of the blade by utilizing a motor inspired by Leo. The Origin Of Beard Trimmers

Beard trimmers date back a much longer way than hair clippers. The first shaver tool was traced in the prehistoric European graves. Back in the ancient time, a beard trimmer was a luxury exclusive to the aristocrats.

Egyptians are the earliest known civilization to adopt beard trimmers. The traces of the shaving tool and shaving cream were found in the burial grounds of the elite class and even the Pharaoh.

In the beginning of the 20th century, razors were already very popular, yet not very user-friendly. Jacob Shick – a Canadian man, invented a razor with a new mechanism after he was inspired by how the firearm worked. It was when Shick went to patent his first electric razor.

By 1937 more than 1.5 million Shick razors were sold. Since then, dozens of companies followed the business, and electric razor manufacturing was in bloom. But not until Phillips was the rotary bladed razor officially introduced. Instead of swinging back and forth, Phillips razors can whirl around, giving wider coverage of facial hair cutting.

The difference between clippers and trimmers is vague, which may cause a lot of confusion when it comes to choosing what to buy. However, the difference is so much more than just motor type or outlook. The Advantages Of Beard Trimmer

With thinner blades, beard trimmers can perform cuts that are very close to the skin. The areas around your neck and chin will need a trimmer’s help.

This means that trimmers are more for having definitions of hairs, especially thin hairs. There could be some exceptions; still, the primary purpose of using beard trimmers is to have tidy facial hairs rather than cutting thick and long hairs on your head.

As they can cut close to the skin, there will be no need for the shavers. And if you have sensitive skin, the chances are that you will prefer using a beard trimmer than a razor. The blades on beard trimmers are pretty sharp, which will free you from having nicks or razor burns. They also save more of your time and effort while dealing with a wide area of facial hair.

Another good point about beard trimmers is that they won’t leave rash irritations because they normally don’t uproot the follicles. A quality beard trimmer should be your best buddy if you don’t want to look like a caveman.

The Advantages Of Hair Clipper

For shaping and cutting long hair, a hair clipper will do a better job. The mechanics of a hair clipper and a beard trimmer is quite similar. But the key difference between trimmer vs clipper is the blade size. Blades on hair clippers are thicker, which are more compatible with higher volumes of hairs.

Hair clippers are also better at giving more definition and layers to a haircut. Thick and long hairs are then not much of a challenge with a hair clipper, while they can be an issue for a beard trimmer. You can use a hair clipper to prepare the hair for the final touch. Then the rest of the refining jobs will be done by a beard trimmer. Hair Clipper Vs Trimmer – Which One To Go For

As you now know the history and the intended purpose of hair trimmer vs clipper, you should probably know the answer. It’s fair to say that they are into two different games, and one cannot replace another.

For such thinner and lighter hairs as facial hairs, you will need a beard trimmer to shave fast and avoid cuts and burns because it has a thinner blade. With a larger amount of hair or thick hairs, a hair clipper will be in need.

So if possible, it’s ideal to have both of them so that your grooming routine will be both faster and more precise.

Hair and facial hair are the two crucial parts of men’s personal grooming. And with the increasing damage of everyday dust and UV, proper grooming is becoming more important than ever.

The grooming devices are now bursting in growth, making it more difficult to tell them apart. Understanding the difference between hair clipper vs trimmer will then help you settle down with the best deals. Hope this guide helps you with the decision.

This site uses Akismet to reduce spam. Learn how your comment data is processed.

Recent Posts
Earnings Disclaimer
RazorHere.com is a participant in the Amazon Services LLC Associates Program,an affiliate advertising program designed to provide a means for sites to earn advertising fees by advertising and linking to Amazon.com. Amazon and the Amazon logo are trademarks of Amazon.com, Inc. or its affiliates.
Information

Scroll back to top